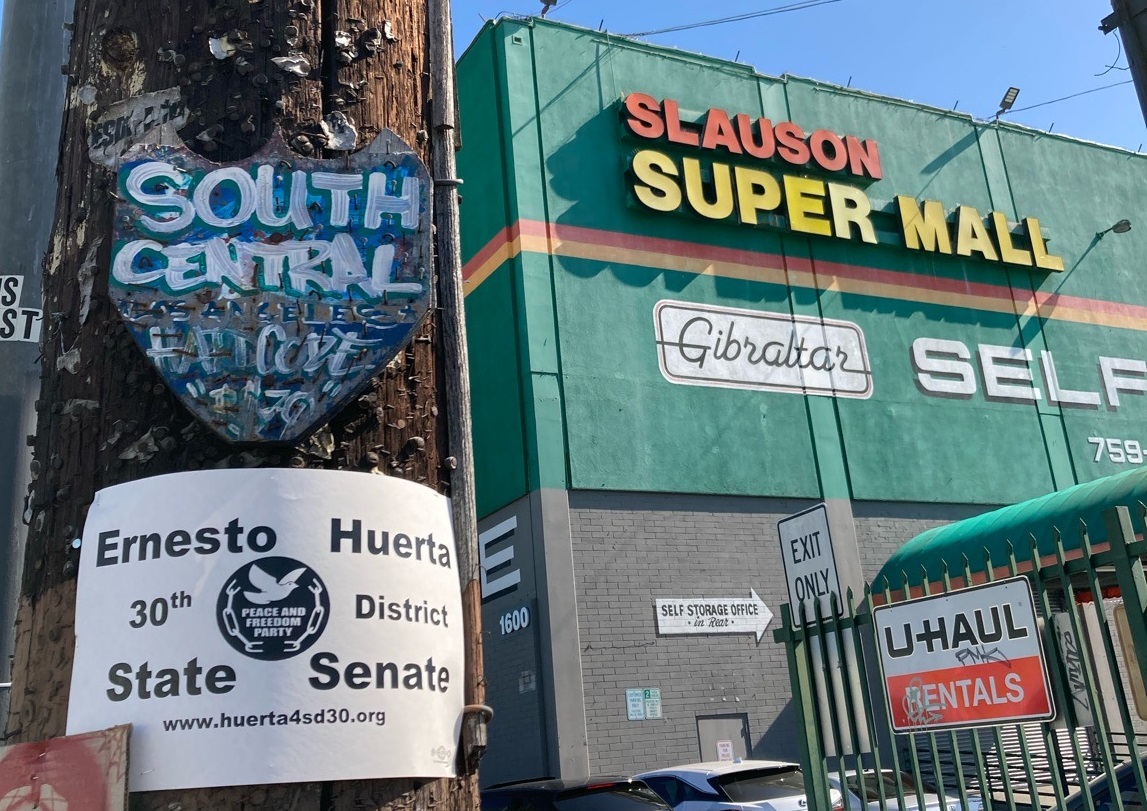 With the special election in the 30th State Senatorial District concluding on Tuesday, the campaign of Peace & Freedom Party candidate Ernesto Huerta is ramping up. Campaign volunteers are calling and texting voters, participating in caravan rallies, and placing signs at houses and apartments around Los Angeles County’s 30th State Senate District in the last stage of the campaign.

While early voting is already happening, the election concludes on Tuesday March 2nd.

Ernesto Huerta is the PFP’s candidate in the special election, in his campaign proposing socialist solutions to the problems inflicted upon the people by the billionaire class. Ernesto has spoken at campaign forums, has participated in online events, and has interacted at non-partisan political sites: This very active campaign is using every means available to reach voters during the pandemic.

Ernesto was pleased with his reception at a forum sponsored by Culver City High School students. A group of volunteers is currently texting young voters in the district and is getting good response.

A group of canvassers, carefully masked, has been focusing their attention on South Los Angeles.  Ernesto reports that “These canvassers have had great success in getting ordinary people to pledge their vote for me. Almost everyone we talked to has been extremely receptive to our five-point program and socialism in general. We are very open about being a socialist campaign and it has really worked in our favor. People were really excited to have the opportunity to vote socialist.” 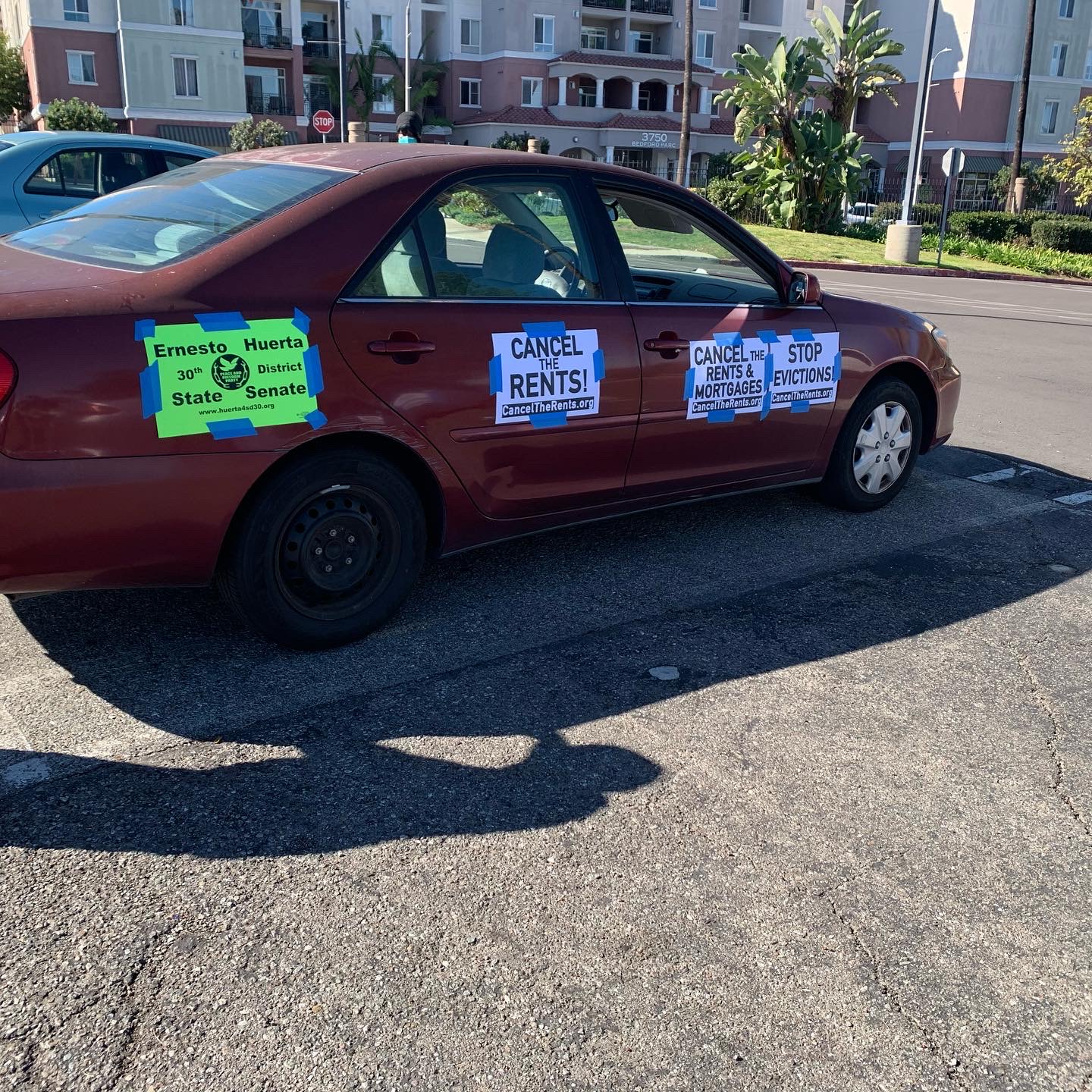 For an online debate featuring Ernesto and all the other candidates in the special election, click here.

For an article on the District 30 election by an NPR reporter Libby Denkmann for the LAist which includes Ernesto’s stands on many topics, click here. Ernesto’s profile by Voter’s Edge California, a joint project of MapLight and the League of Women Voters of California Education Fund, may be seen here. 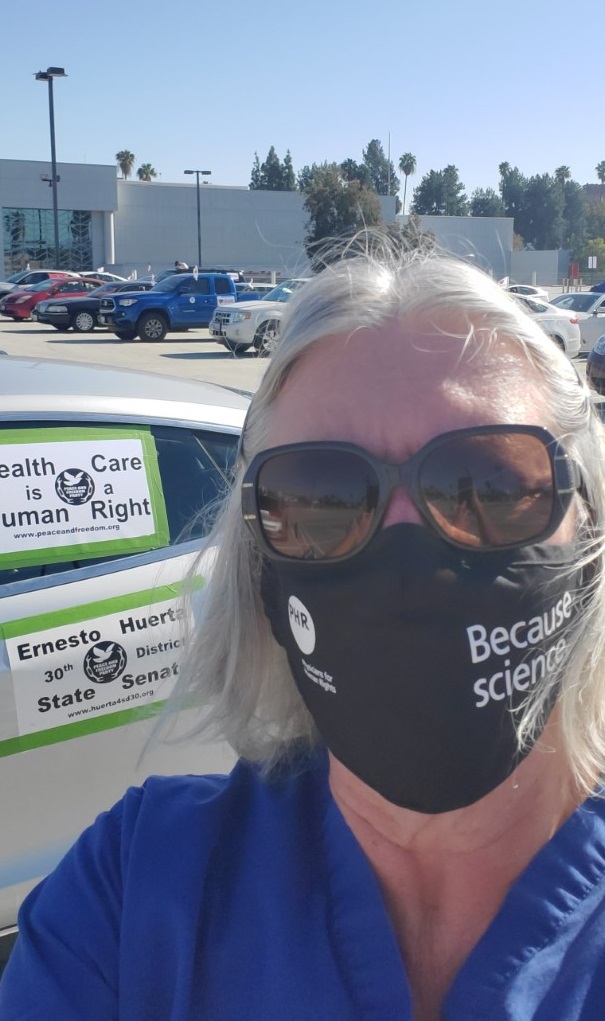 Dr. Alice Stek prepares to join February 6th car rally in South L.A. for Medicare for All, with signs supporting Ernesto Huerta for State Senate on her car.