A few hundred marchers gathered on Saturday April 24, 2021, near Al Rojas’s home in Sacramento and marched to Southside Park for a rally and celebration of Al Rojas. Emcee for the event was Alan Benjamin, a member of the San Francisco Labor Council Executive Committee and, as was Al, a Peace and Freedom Party registrant.

It was an international event as several of the speakers were in Mexico and addressed the crowd via Zoom. Among the speakers were Johnny Itliong, the son of Filipino Farm Workers organizer Larry Itliong; members of the Trachenberg Family, who put Al up when he was sent to Pennsylvania to organize the grape boycott; family members; and speakers from a number of organizers from various movements. 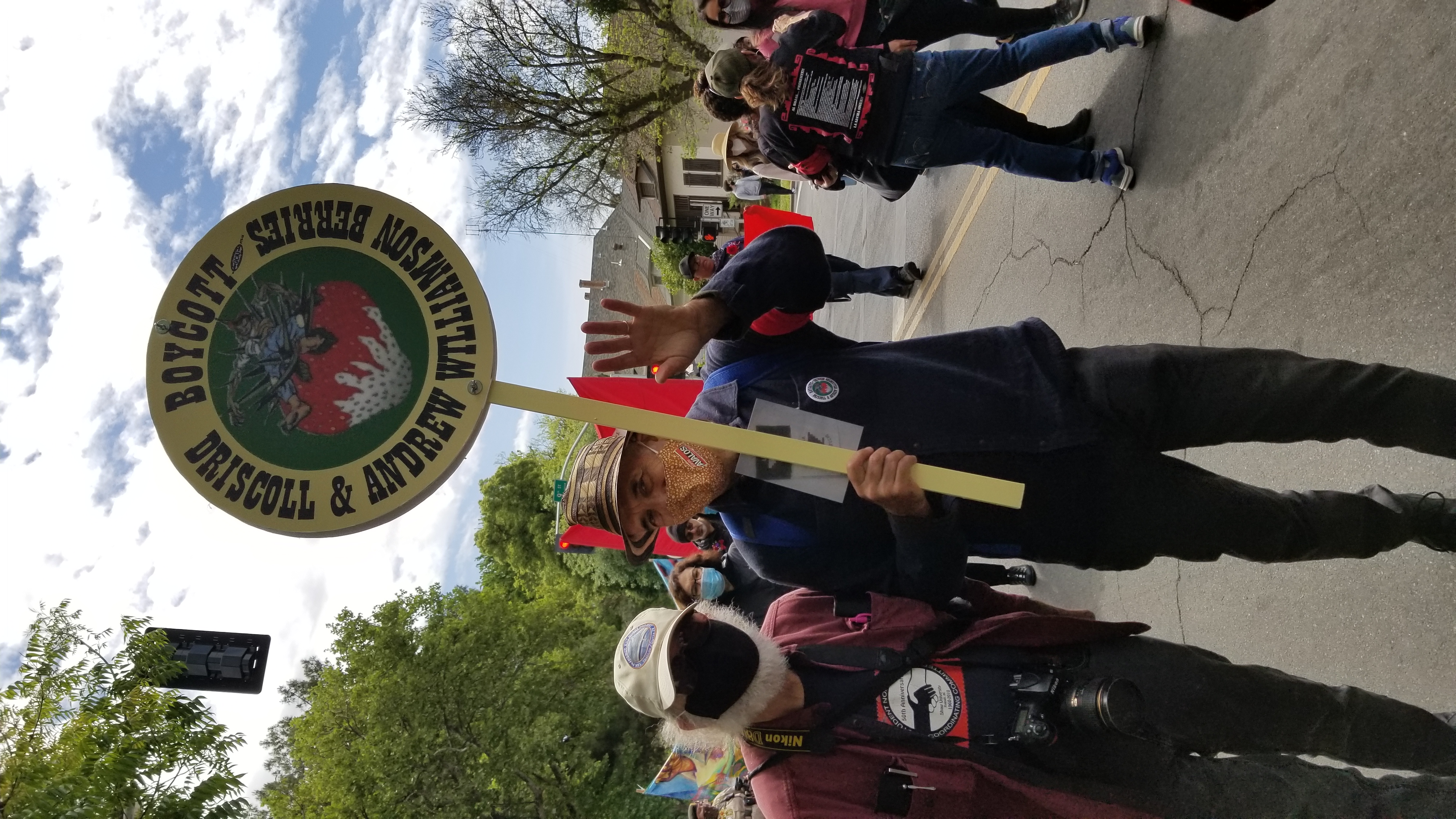 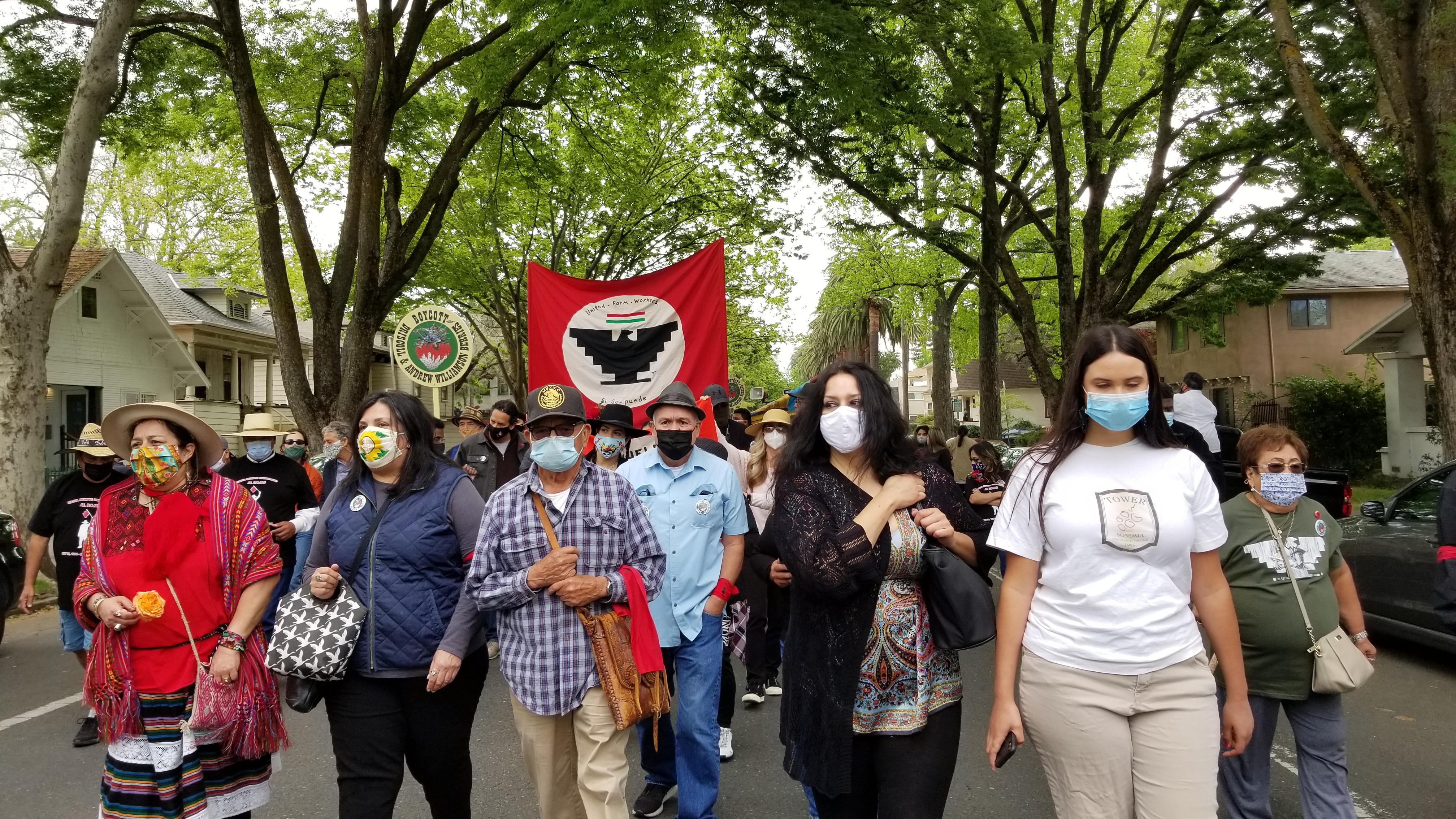 Some marching in memory of Al Rojas 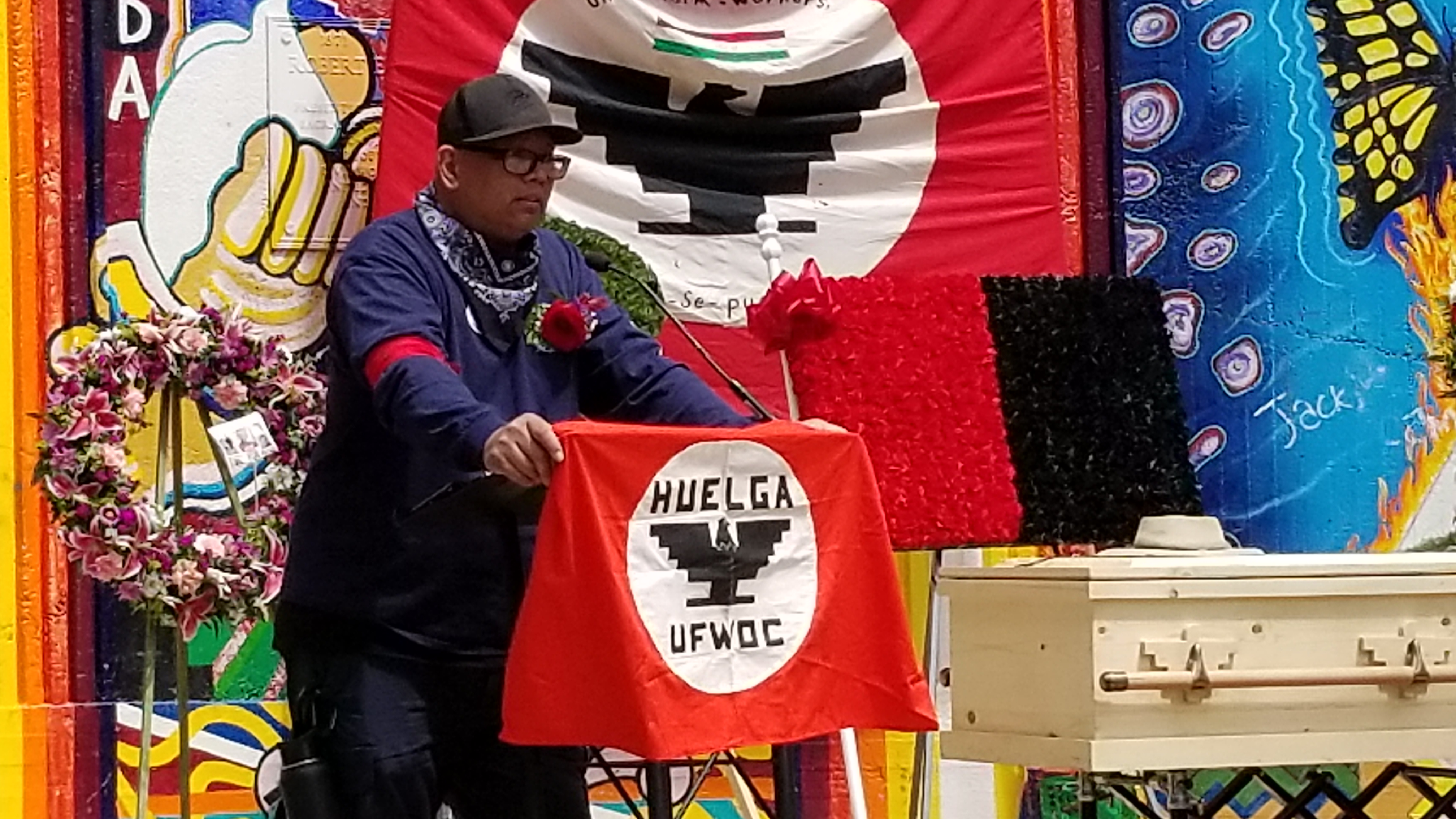 Johnny Itliong speaking at the rally 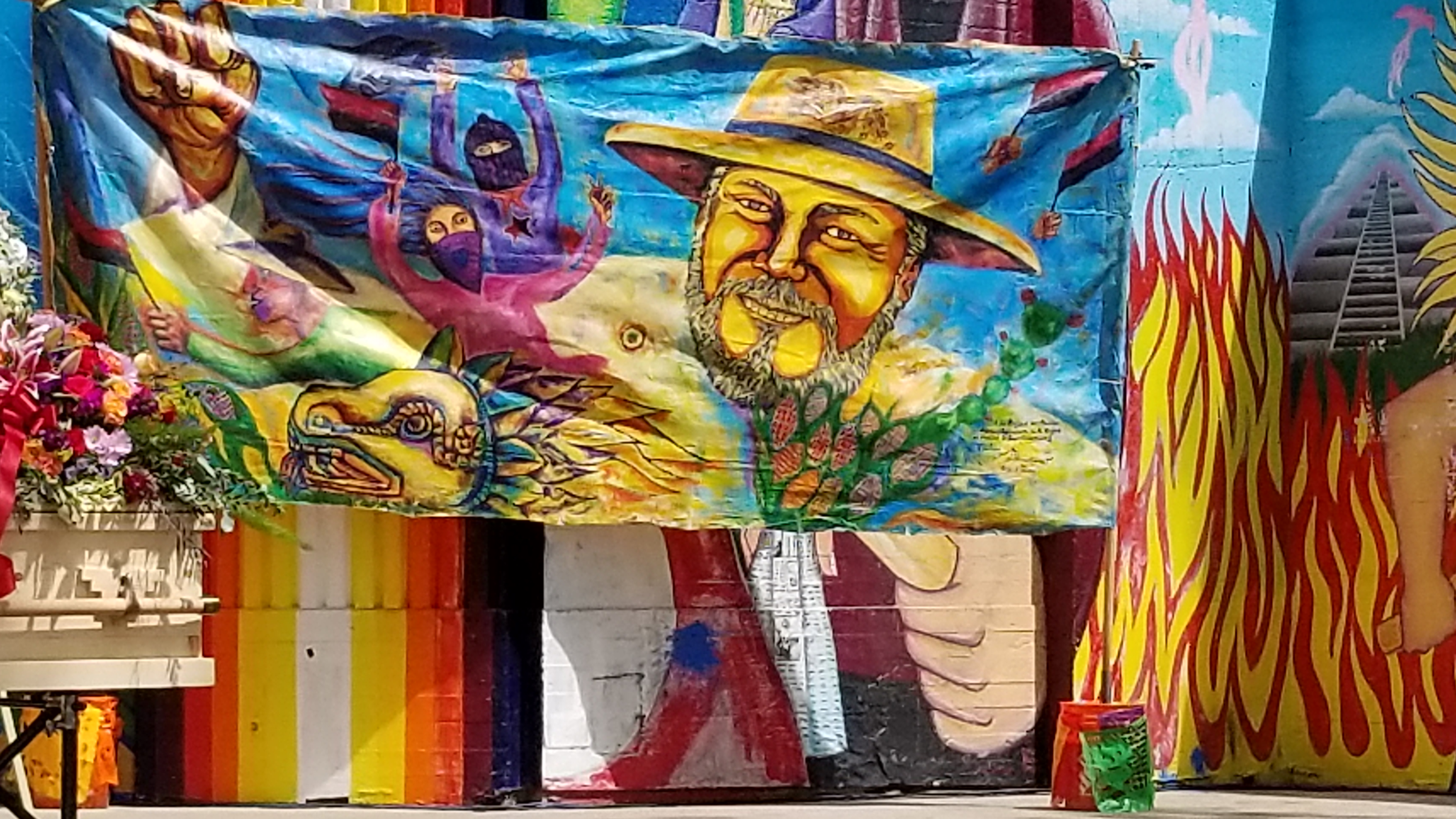