Not only is Sacramento hot, but we’re also turning up the heat on the Governor.

On June 15, the California Alliance for Retired Americans (CARA), of which Peace and Freedom Party is an active member, held a caravan from West Sacramento to the State Capitol, where we joined with a couple hundred people at a rally organized by Healthy California calling on Governor Newsom to promote a single-payer healthcare system. 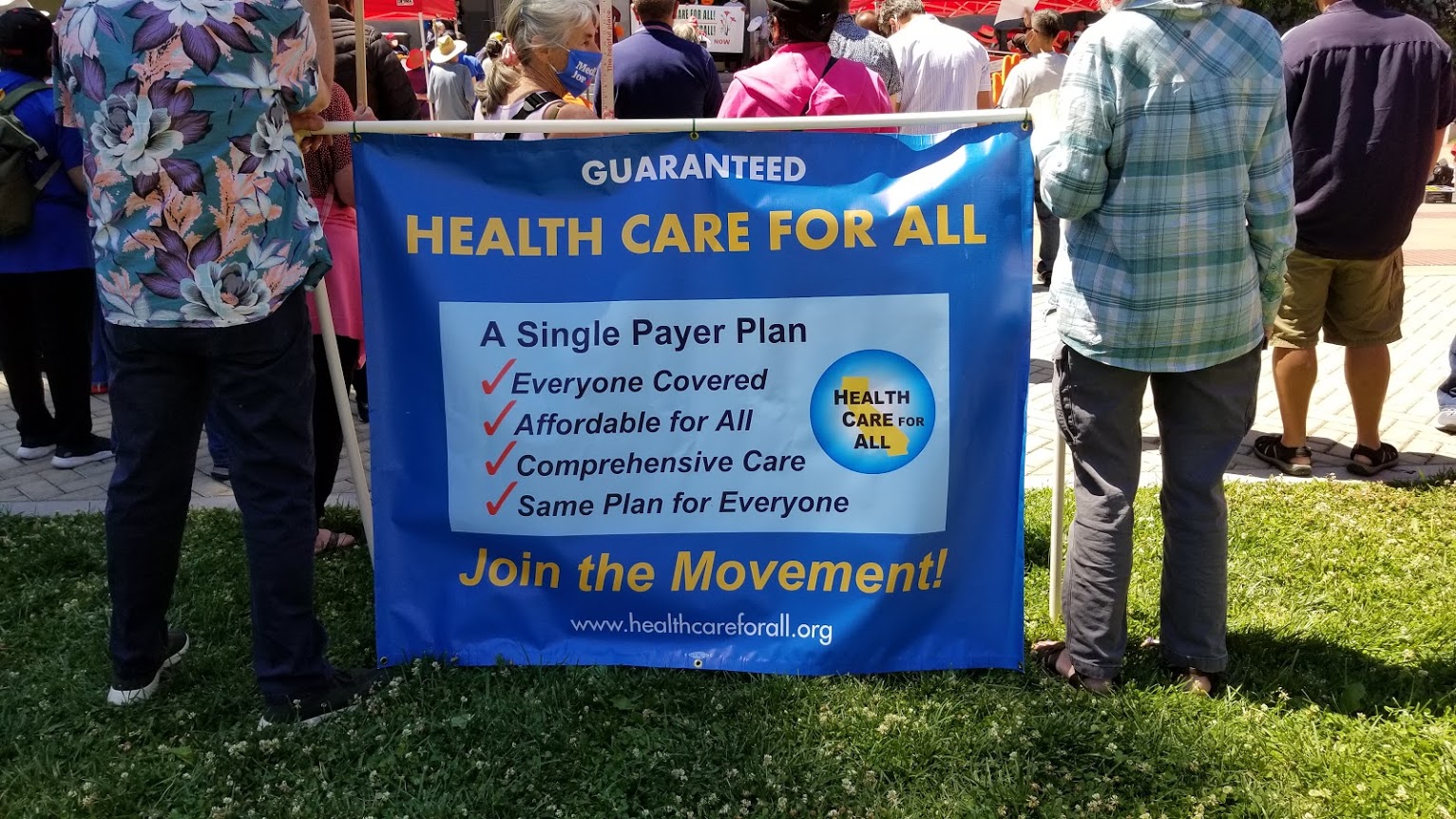 We loaded 19,000 petition signatures to a spokesperson from the Governor’s office pushing our cause. 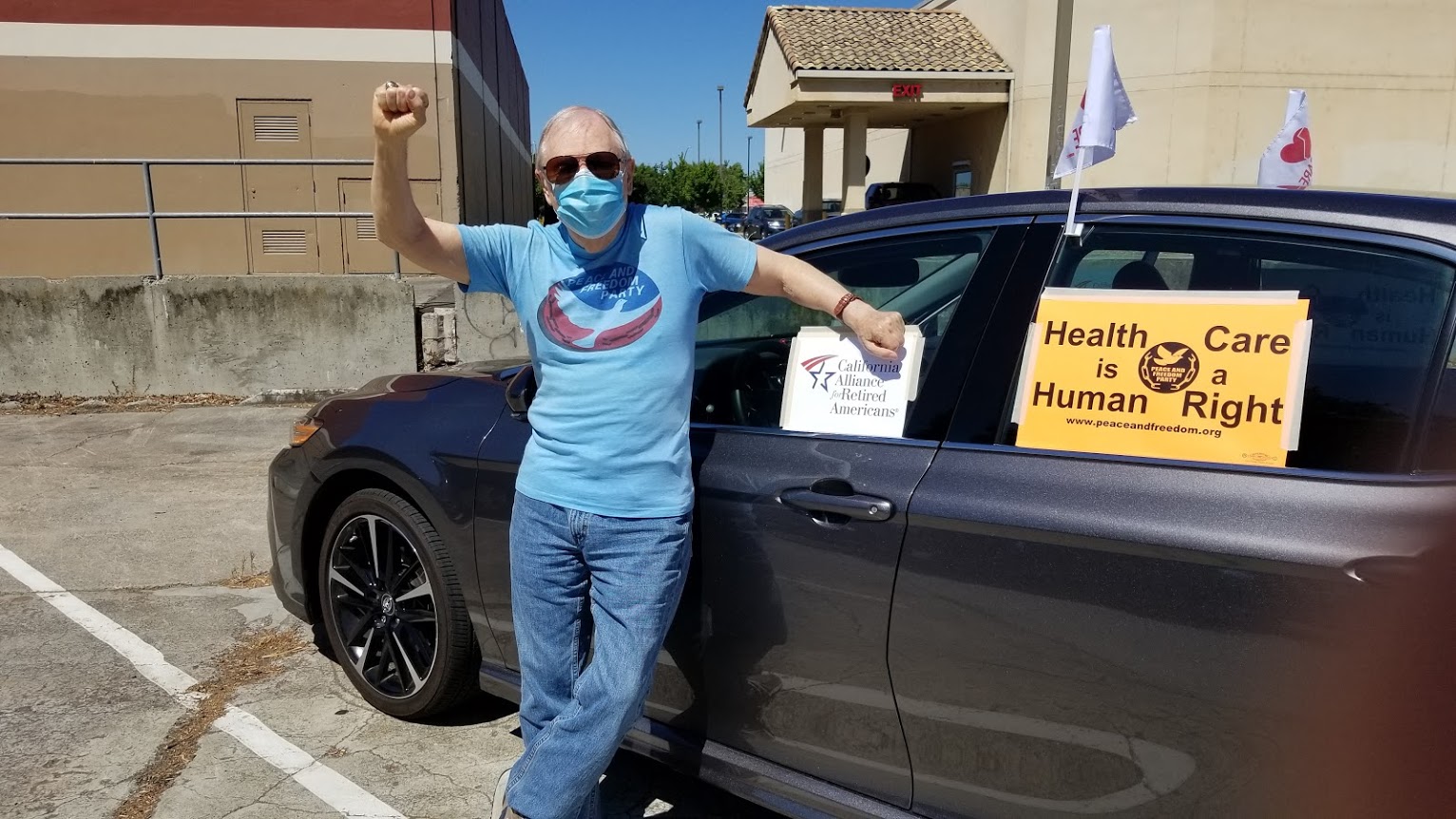 On June 15th, hundreds of supporters of single-payer healthcare – among them Peace & Freedom Party members – rallied and caravanned at the State Capitol demanding that Governor Newsom lead the way on single-payer.

At the June 15th rally, Tam Ma, Deputy Secretary to the Governor, received 19,000 petitions asking the governor to request a waiver from the Biden Administration to bring federal dollars into a California single-payer system.

Ma reported that the governor has sent a letter requesting a waiver and that his office wants to work with Healthy California Now to develop the waiver request and to take further steps in the process. She also reminded us that the governor’s Healthy California Commission is charged with developing a unified financing plan that could create the mechanism for paying for guaranteed healthcare with improved benefits and choice of provider at less cost to all Californians. 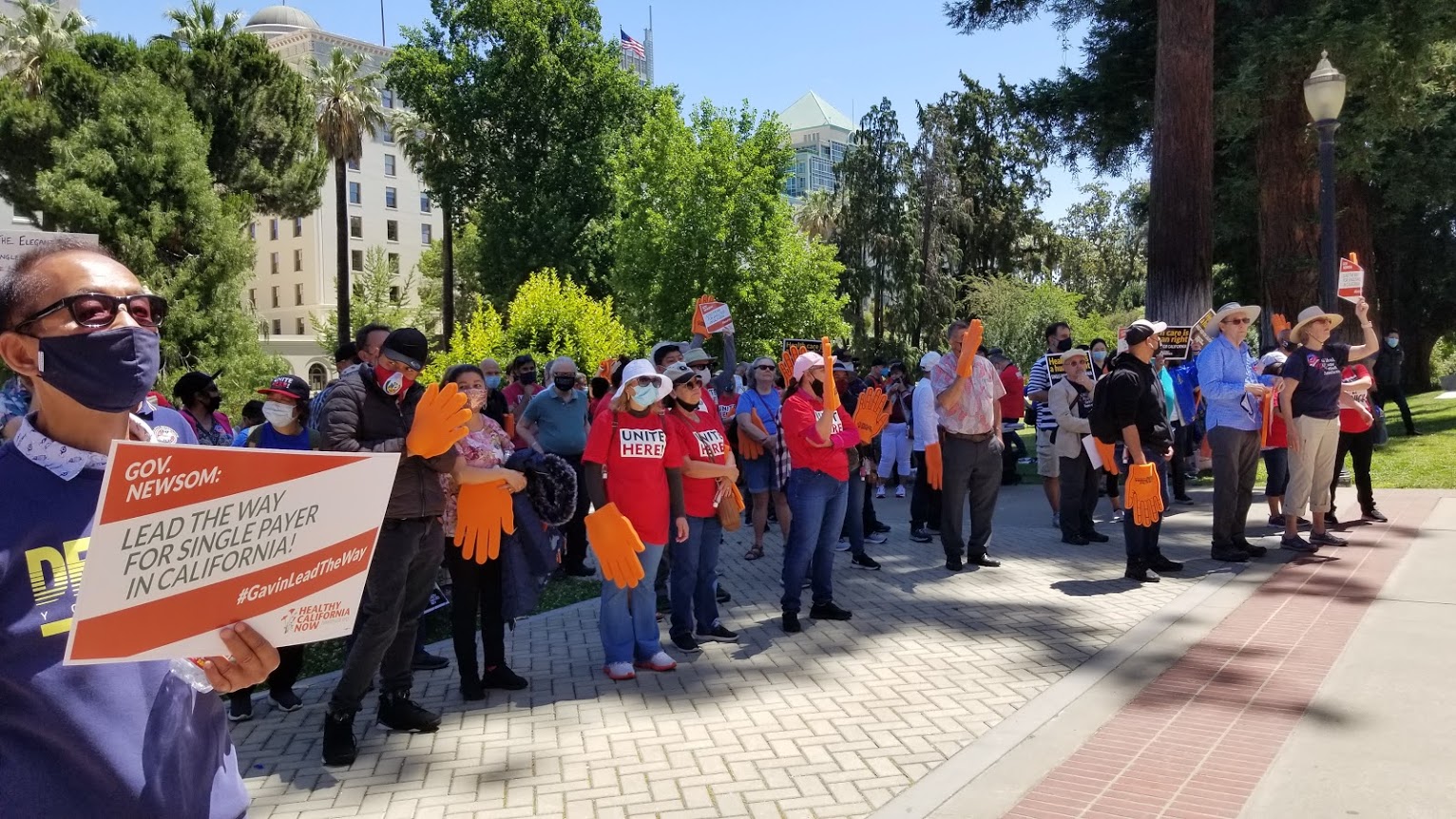 A car caravan circled the capitol as the rally was going on, honking horns and waving in support of the waiver as they drove by the rally. And hundreds of people called and tweeted Gov. Newsom asking him to lead the way to single-payer healthcare for all in California.

It was a great step in our work to get the Governor to Lead on single-payer and will help as we move the Healthy California Commission process forward and get state Assembly Bill (AB 1400) before the state legislature in January 2022. 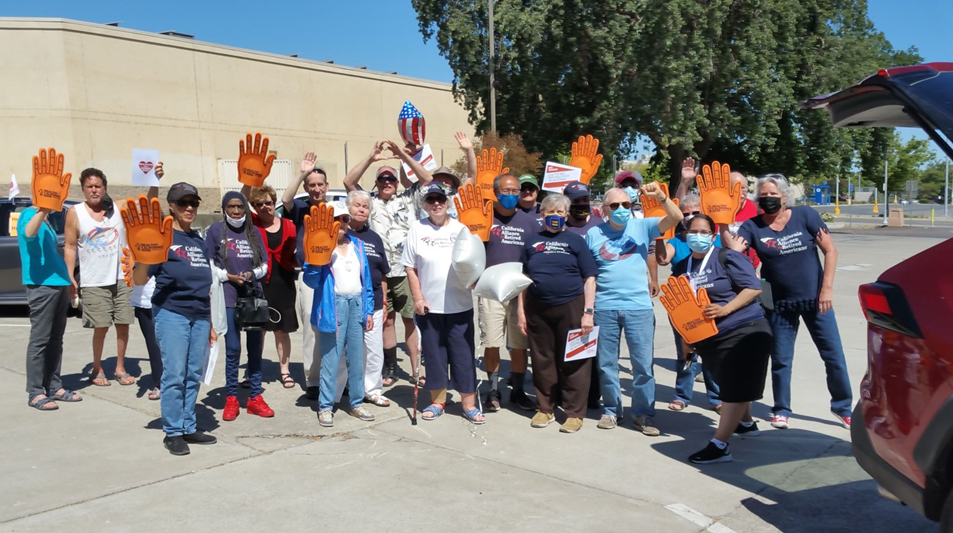