In Sacramento last week, Peace & Freedom Party member C.T. Weber joined several other delegates to the Sacramento Central Labor Council at the Federal Building in Sacramento to urge support for the PRO Act.

Members of newly-appointed U.S. Senator Alex Padilla’s staff addressed the delegates to announce that the Senator had signed on as a cosponsor of the bill.

The Protecting the Right to Organize Act (HR 842 (Scott) and S.420 (Murray)), known as the PRO Act, would restore the right of workers to organize unions and bargain for change in their workplace. Union density has eroded since the passage in 1947 of the Taft-Hartley Act that, among other things, allowed for the creation of “Right to Work” laws which make it difficult to form unions.

The PRO Act would: 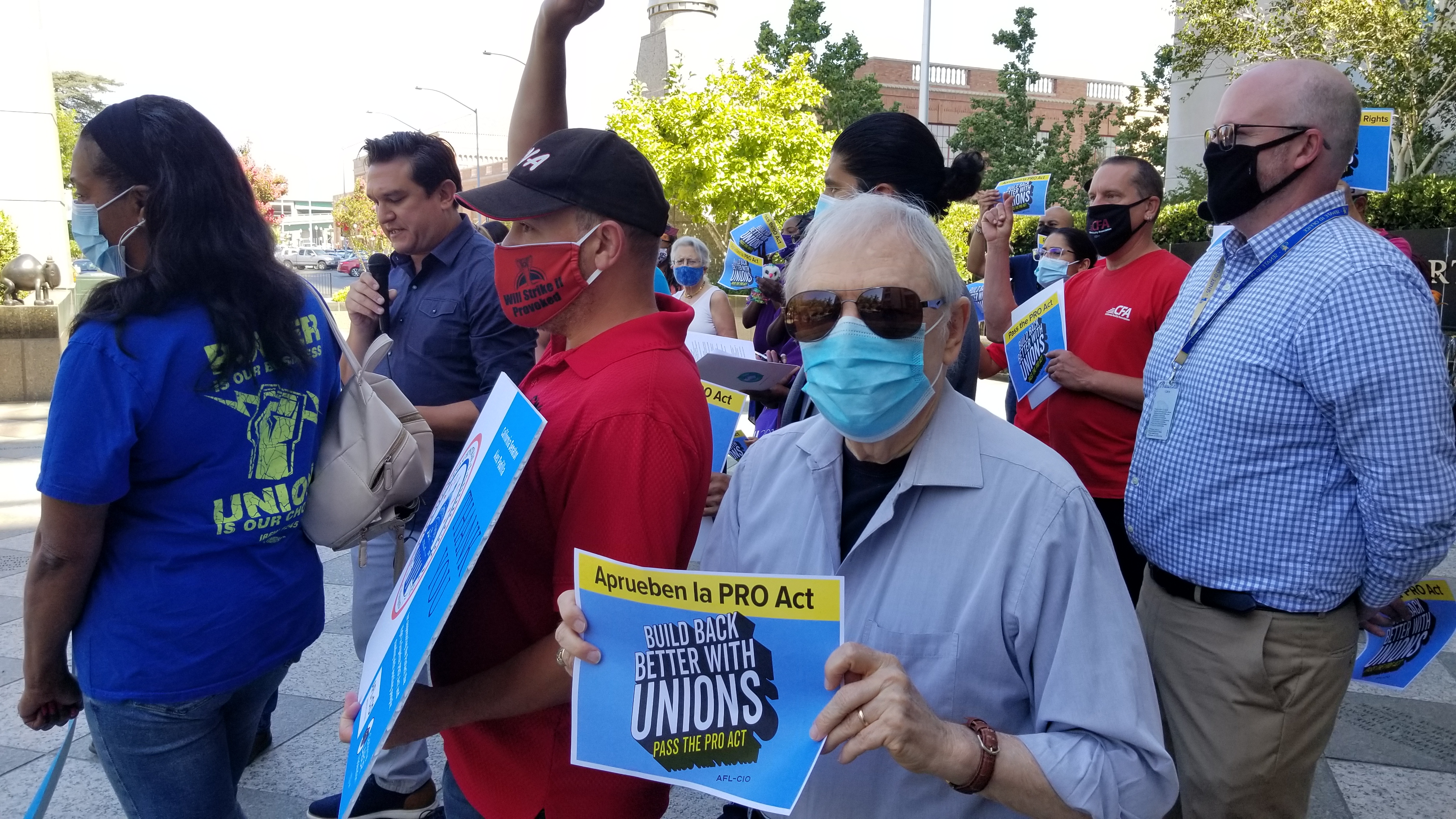