In an effort to rekindle organized labor's involvement in International Workers Day, a.k.a. May Day, the Sacramento Central Labor Council and the Sacramento chapter of the Labor Council for Latin American Advancement AFL-CIO (LCLAA) organized a caravan from the SEIU 1021 office in West Sacramento to the State Capitol in Sacramento, California for a short rally on May 1st. Scores of vehicles participated in the caravan that stretched for several blocks.

The themes of the day were the Fight for $15 and passage of AB 237 (Fast Recovery Act) on the local level; passage of the PRO (Protecting the Right to Organize) Act on the national level; and supporting the rights of farmworkers around the world on the international level. Speakers called for workers to organize and mobilize against neoliberal policies. Even Democrats were threating to bolt if their demands were not met – again. 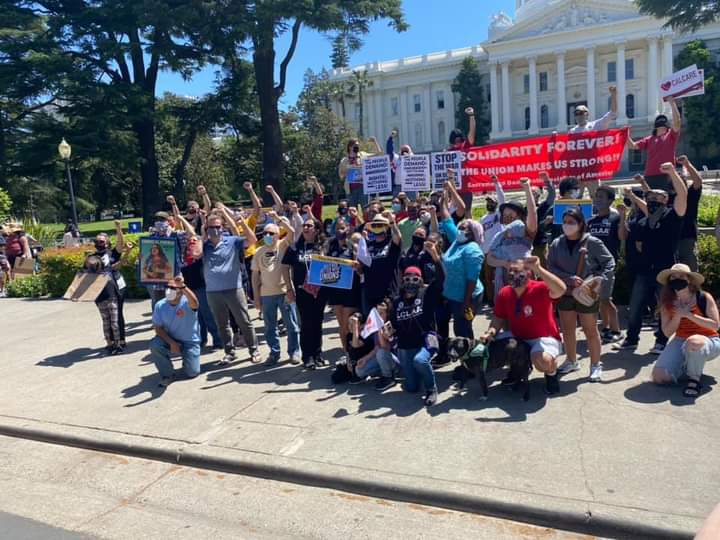