Former members of Students for a Democratic Society (SDS), the leading Vietnam War era peace organization in the US, recently circulated an open letter warning today’s young activists to – as the adage goes – do as I say and not as I did. Back in the 1960s and 70s, these former leaders led the way in opposing the ravages of US imperialism and exposing what they called the “death culture.” Today, they are admonishing the new generation not to follow in their footsteps, but to go all out for what they call the “capitalist democrat” Joe Biden.

When I was first becoming politically aware, these SDS folks were my heroes and mentors. They helped me break from the illusion that the USA was fighting for democracy and freedom, rather than imposing an empire where the U.S. controls 50% of the world’s wealth for only 6.3% of its population.

They were the ones – chanting “Hey, hey, LBJ, how many kids did you kill today?” – who pulled no punches, criticizing Democratic President Johnson and Republican President Nixon alike for genocidal injustices. And they especially warned about “selling out to the establishment.” That was then.

Today, they are variously tenured professors, attorneys, or working at comfortable NGOs. Who would have known that they would become fundraisers for multi-billion dollar Democratic Party PACs? While I don’t for a moment begrudge them financial or social achievement, the shift from independent direct action to boosterism within the Democratic Party is unfortunate.

It should be noted that SDS originated as the student branch of the League for Industrial Democracy (LID), a nominally socialist but more accurately liberal anti-communist organization. In 1965, the LID elders insisted that their young counterparts keep an anti-communist clause in their manifesto. Those rising SDS youth told their seniors to take a hike back then.

In bed with the Democratic Party 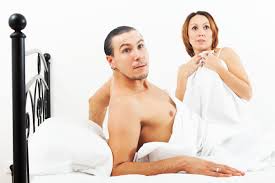 Bernardine Dohrn, herself a former SDS leader, comments that the open letter “has all the wrong content and tone of the elders lecturing young activists… [I]t is finally too pompous and pretentious, too in bed with the Democratic Party.” And that is a sympathetic comment to “comrades I love and respect.”

The Democratic Party is not like a labor union, or like what a labor union is supposed to be, with dues paying members democratically electing a leadership that serves their interests. Rather, the Democratic National Committee (DNC), governing body of the US Democratic Party, is in fact a private corporation. The DNC has more in common with a for-profit sports team: You are free to wear their paraphernalia and attend their games, but the team owners are the ones that make the decisions and reap the profits.

When the DNC was taken to court for violating its own rules treating voters unfairly, the DNC brazenly argued that they are a private corporation with no obligation to be fair, and won. As the court transcript shows, the DNC’s attorney said that cheating Bernie Sanders in 2016 out of the nomination was “the business of the party, and it’s not justiciable.”

This same DNC again undermined the Sanders campaign in 2020, preferring to run a corporate Democrat favorable to their superrich donors and risk losing again to Trump. Now the authors of the open letter are preaching to the young activists that they have no choice but to fall in with those who screwed them. Or as the open letter states, to join with “solemn determination” their “high moral and political responsibility.” 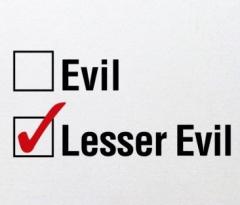 Peter Drucker, another former member of SDS, points out in his critique of the open letter that the letter’s favorable reference to early 19th century German sociologist Max Weber is at best odd, but telling, for a letter addressing people who consider themselves socialists. Weber’s view was that revolutionary socialists were engaged in “dirt, muck, dung, and horseplay – nothing else.”

A favorite trope of anti-leftists reflected in the open letter is to blame the rise of Hitler on the failure of Communist Party of Germany (KPD) to unite with the Social Democratic Party of Germany (SPD) against a common enemy. In fact, what happened was that the Social Democrats likewise would not unite with the Communists against the fascists and instead chose to support the “lesser evil” of Paul von Hindenburg. In the 1932 German presidential election, Hindenburg ran against Hitler, won in a runoff election, and then turned around to appoint Hitler as chancellor in 1933. The rest, as they say, is history.

If we were to accept the open letter’s hyperbolic meme of Trump as a stand-in for Hitler, the historical analogy would be that today’s Democratic Party is not the Socialists and certainly not the Communists but would be Hindenburg’s conservatives as the lesser evil to the Nazis. Once elected, Hindenburg dissolved the German parliament twice, approved the Reichstag Fire Decree suspending civil liberties and signed the Enabling Act giving Hitler arbitrary powers.

For those worried about fascism being enabled in the US, recall that the Democrats militantly support the national security apparatus (e.g. CIA, FBI) and the Patriot Act. Even so-called progressive Elizabeth Warren calls for government censorship of social media.

Citing the lessons of Germany, the open letter summons an “all hands on deck” effort to elect Joe Biden to prevent the “proto-fascist” Trump from winning. The situation, they exclaim, is dire, for we may all end up in jail if Trump were to win.

In a follow-up to publishing the April 16 open letter, The Nation again plays the fear of fascism card if one strays from the confines of the Democratic Party. An April 28 article entitled “WTF Is Jacobin’s Editor Thinking in Voting Green?” cries, “in a second term, Trump will double down on his fascist instincts.”

The Nation lectures the youth that they are “old enough to know better” than to disregard the wisdom of their elders because, under a Republican, “progressives will spend the next four years fighting defensive battles.” The youth in their naivete might ask, how would it be any different if the former Senator from MBNA wins?

In the real world, as Stan Smith notes, Trump “can’t even shut down Saturday Night Live. Trump is a billionaire racist, sexist warmonger out to salvage the US corporate empire, nothing more, nothing less.” Joe Biden diverges mainly in having a smaller bank account and better table manners.

Politics for the pandemic

A more fitting lesson from the historical example of the rise of German fascism suggests the opposite of what the open letter advocates. The best strategy to combat the rightward trajectory of the two corporate parties is not to go all out and vote for the lesser evil. Especially with the COVID-19 crisis and the mechanisms of disaster capitalism, Naomi Klein warns their shared course to the right might well accelerate.

In 2016, the corporate Democratic candidate Hillary Clinton advocated lowering the Medicare qualifying age to 50 or 55. Yet Biden is to the right of Clinton’s position of four years ago, only conceding to lower the eligibility age to 60.

We are now in the midst of a pandemic, which demonstrates as never before the need for Medicare for All. The latest polls indicate a 69% overall approval rating with 88% of Democrats supporting Medicare for All. This support is despite the millions in “dark money” spent by the insurance industry against Medicare for All. Biden, who had campaigned to cut Medicare and Social Security, vows he would veto Medicare for All were it to come before him as president.

Voting for the lesser evil is encouraging a march to the right by making a step in the wrong direction. At a time when an independent progressive movement is needed more than ever, the sheepdogs of the open letter are trying to herd the new generation of activists into the Democratic Party.