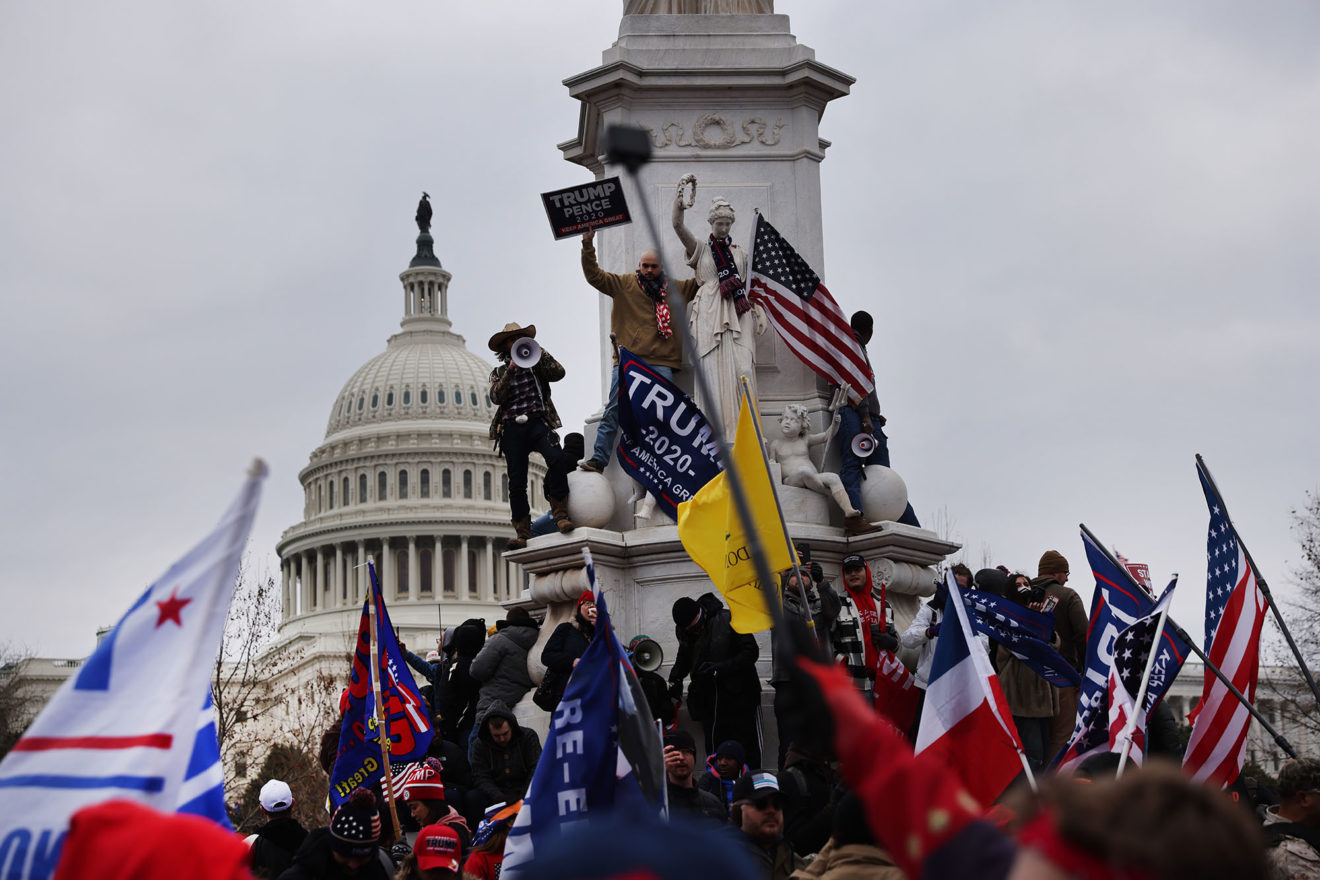 The following is a statement issued by Kevin Akin, California State Chair of the Peace and Freedom Party, at the direction of the State Executive Committee.

President Trump and the other collaborators who planned, instigated and carried out the fascist coup attempt of Wednesday, January 6, 2021, should immediately be removed from their positions and prosecuted under existing laws for their parts in the events.

The same forces that plotted and carried out the attempted coup have announced plans for additional efforts along the same lines for January 17th, for January 20th, in state capitals and other cities in coming weeks. They plan violence against their enemies and against the public at large, and have openly boasted of their plans. As became obvious last Wednesday, they have collaborators in law enforcement agencies, in the Defense Department and other agencies. Collaborators who protected them as they came toward the Capitol, who prevented the prompt entry of National Guard troops into the District of Columbia and who downplay their serious threat to such democratic rights as the working people of this country have been able to secure through struggle. These allies, and those who through malfeasance have prevented the arrest and prosecution of coup plotters and violent racist extremists, need to be investigated, removed from their positions, arrested, prosecuted and convicted.  Those whose incompetence permitted the coup attempt to move forward also need to be removed from their positions.

Those requiring immediate removal and prosecution include President Trump and various of his staff members and political aides. It also includes a number of members of the Senate and House who have peddled lies about the results of the November election, exhorted the fascist forces to attack the capital, and have even recently manufactured absurd falsehoods about who carried out the attack, ludicrously attempting to blame the left for criminal actions by the right. There are also a number of reactionary billionaires who have financed the activities of all these groups and individuals, and they bear legal and moral responsibility as well. Their traditional immunity from prosecution, and often even from criticism by officials in our billionaire-dominated society, needs to end.

We do not need new laws to tackle "domestic terrorism." Attempting to install a dictatorial regime by overturning the results of an election is already a violation of several federal laws. Destroying federal property, murdering a capitol policeman, and conspiring to kidnap and kill members of Congress are already illegal. Those who advocate a broad new law should be aware that it would certainly be used against the left, against working people, particularly oppressed minorities, whose rights are already circumscribed, and whose democratic rights are under attack precisely by the reactionary forces who have collaborated with Trump in his own attacks on constitutional protections for the people.

We demand the prosecution of these fascist planners, their collaborators, those who carry out the attacks and those who finance them as well. As further attacks are being planned and announced, there is no time to waste. Immediate action is needed.